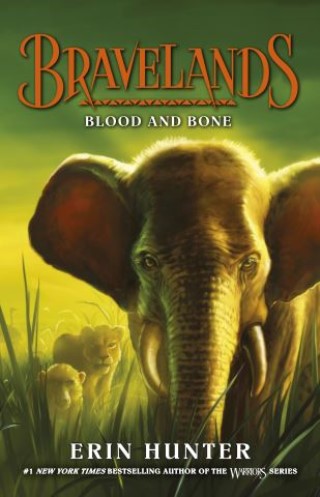 HEED THE CALL OF THE WILD!

DISCOVER THE THIRD BOOK IN THIS ACTION-PACKED, NEW YORK TIMES BESTSELLING ANIMAL FANTASY SERIES FROM THE AUTHOR OF WARRIORS

A great evil has risen... and must be defeated.

A murderer now leads the animals of the plains. The other animals believe he is the real Great Father, but the elephant Sky and baboon Thorn know the truth. While Sky leads her herd in a desperate search for Bravelands' rightful leader, Thorn is forced to flee his old troop to escape certain death. And the lion Fearless, once their friend, waits for his chance to strike down one tyrant, but may be led astray by another. The balance of Bravelands is about to shatter-unless predator, prey, and scavenger unite as one.

The exhilarating new series from the New York Times bestselling author of Warriors.

Erin Hunter: Erin Hunter is inspired by a love of animals and a fascination with the ferocity of the natural world. She is the author of the bestselling Warriors, Seekers, and Survivors series. She lives in the UK. Visit her online at www.bravelandsbooks.com.