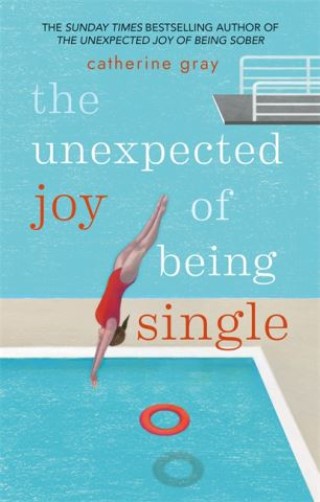 The Unexpected Joy of Being Single

* 'This refreshing, unusual book needs to exist. A culture shift which repositions a single person as someone who is relationship-free, complete, and not lacking is long overdue.' - The i *

Having a secret single freak-out? Feeling the red, heart-shaped urgency intensify as the years roll on by? Oh hi! You're in the right place.

Over half of Brits aged 25-44 are now single. It's become the norm to remain solo until much later in life, given the average marriage ages of 35 (women) and 38 (men). Many of us are choosing never to marry at all.
But society, films, song lyrics and our parents are adamant that a happy ending has to be couple-shaped. That we're incomplete without an 'other half'*, like a bisected panto pony. Cue: single sorrow. Dating like it's a job. Spending half our lives waiting for somebody-we-fancy to text us back. Feeling haunted by the terms 'spinster' or 'confirmed bachelor.'

Catherine Gray took a whole year off dating to find single satisfaction. She lifted the lid on the reasons behind the global single revolution, explored the bizarre ways cultures single-shame, detached from 'all the good ones are gone!' panic and debunked the myth that married people are much happier.

Let's start the reverse brainwash, in order to locate - and luxuriate in - single happiness. Are you in?

"Not remotely preachy." The Times

"Jaunty, shrewd and convincing." The Telegraph

"Haunting, admirable and enlightening." The Pool