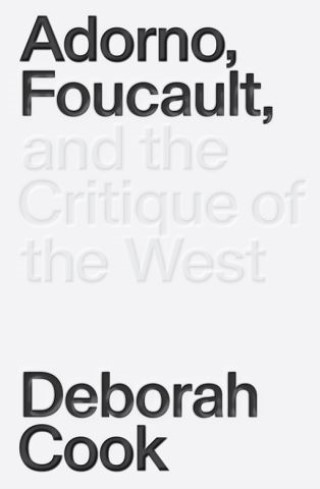 Adorno, Foucault and the Critique of the West

The alliance of critical theory between Frankfurt and Paris

Adorno, Foucault and the Critique of the West argues that critical theory continues to offer valuable resources for critique and contestation during this turbulent period. To assess these resources, it examines the work of two of the twentieth century's more prominent social theorists: Theodor W. Adorno and Michel Foucault. Although Adorno was situated squarely in the Marxist tradition that Foucault would occasionally challenge, Deborah Cook demonstrates that their critiques of our current predicament are complementary in important respects. Among other things, these critiques converge in their focus on the historical conditions-economic in Adorno and political in Foucault-that gave rise to the racist and authoritarian tendencies that continue to blight the West. Cook also shows that, when Adorno and Foucault plumb the economic and political forces that have shaped our identities, they offer remarkably similar answers to the perennial question: What is to be done?

Deborah Cook: Deborah Cook is Professor of Philosophy at the University of Windsor, Canada. Her previous books include The Turn Towards Subjectivity: Michel Foucault's Legacy (1993), The Culture Industry Revisited: Theodor W. Adorno on Mass Culture (1996), Adorno, Habermas, and the Search for a Rational Society (2004), Theodor Adorno: Key Concepts (2008) and Adorno on Nature (2011).