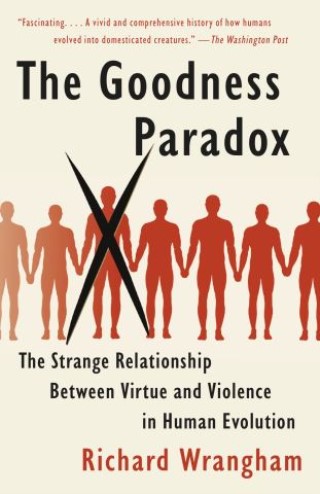 The Strange Relationship Between Virtue and Violence in Human Evolution

“A fascinating new analysis of human violence, filled with fresh ideas and gripping evidence from our primate cousins, historical forebears, and contemporary neighbors.”
—Steven Pinker, author of The Better Angels of Our Nature

We Homo sapiens can be the nicest of species and also the nastiest. What occurred during human evolution to account for this paradox? What are the two kinds of aggression that primates are prone to, and why did each evolve separately? How does the intensity of violence among humans compare with the aggressive behavior of other primates? How did humans domesticate themselves? And how were the acquisition of language and the practice of capital punishment determining factors in the rise of culture and civilization?

Authoritative, provocative, and engaging, The Goodness Paradox offers a startlingly original theory of how, in the last 250 million years, humankind became an increasingly peaceful species in daily interactions even as its capacity for coolly planned and devastating violence remains undiminished. In tracing the evolutionary histories of reactive and proactive aggression, biological anthropologist Richard Wrangham forcefully and persuasively argues for the necessity of social tolerance and the control of savage divisiveness still haunting us today.

Richard Wrangham: RICHARD WRANGHAM is Ruth B. Moore Professor of Biological Anthropology, Harvard University. He is the author of Catching Fire: How Cooking Made Us Human and Demonic Males: Apes and the Origins of Human Violence (with Dale Peterson). Wrangham has studied wild chimpanzees in Uganda since 1987. He has received a MacArthur Foundation fellowship and is a fellow of the American Academy of Arts and Sciences and of the British Academy.