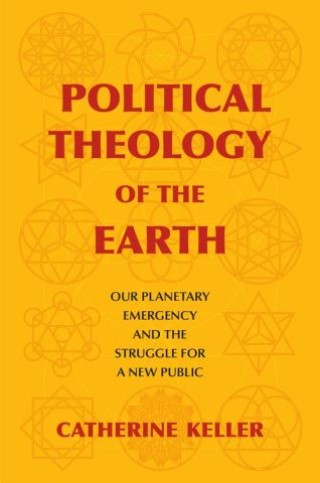 Political Theology of the Earth

Our Planetary Emergency and the Struggle for a New Public

Amid melting glaciers, rising waters, and spreading droughts, Earth has ceased to tolerate our pretense of mastery over it. But how can we confront climate change when political crises keep exploding in the present? Noted ecotheologian and feminist philosopher of religion Catherine Keller reads the feedback loop of political and ecological depredation as secularized apocalypse. Carl Schmitt’s political theology of the sovereign exception sheds light on present ideological warfare; racial, ethnic, economic, and sexual conflict; and hubristic anthropocentrism. If the politics of exceptionalism are theological in origin, she asks, should we not enlist the world’s religious communities as part of the resistance?

Keller calls for dissolving the opposition between the religious and the secular in favor of a broad planetary movement for social and ecological justice. When we are confronted by populist, authoritarian right wings founded on white male Christian supremacism, we can counter with a messianically charged, often unspoken theology of the now-moment, calling for a complex new public. Such a political theology of the earth activates the world’s entangled populations, joined in solidarity and committed to revolutionary solutions to the entwined crises of the Anthropocene.