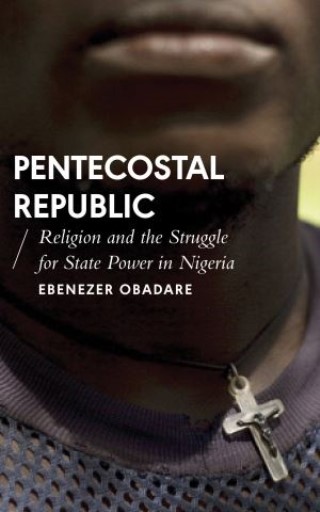 Religion and the Struggle for State Power in Nigeria

Throughout its history, Nigeria has been plagued by religious divisions. Tensions have only intensified since the restoration of democracy in 1999, with the divide between Christian south and Muslim north playing a central role in the country’s electoral politics, as well as manifesting itself in the religious warfare waged by Boko Haram.

Through the lens of Christian–Muslim struggles for supremacy, Ebenezer Obadare charts the turbulent course of democracy in the Nigerian Fourth Republic, exploring the key role religion has played in ordering society. He argues the rise of Pentecostalism is a force focused on appropriating state power, transforming the dynamics of the country and acting to demobilize civil society, further providing a trigger for Muslim revivalism.

Covering events of recent decades to the election of Buhari, Pentecostal Republic shows that religio-political contestations have become integral to Nigeria’s democratic process, and are fundamental to understanding its future.