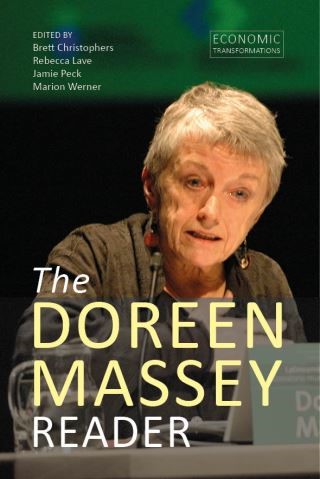 Doreen Massey (1944–2016) changed geography. Her ideas on space, region, labour, identity, ethics and capital transformed the field itself, while also attracting a wide audience in sociology, planning, political economy, cultural studies, gender studies and beyond. The significance of her contributions is difficult to overstate. Far from a dry defence of disciplinary turf, her claim that “geography matters” possessed both scholarly substance and political salience. Through her most influential concepts – such as power-geometries and a “global sense of place” – she insisted on the active role of regions and places not simply in bearing the brunt of political-economic restructuring, but in reshaping the uneven geographies of global capitalism and the horizons of politics. In capturing how global forces articulated with the particularities of place, Massey’s work, right up until her death, was an inspiration for critical social sciences and political activists alike. It integrated theory and politics in the service of challenging and transforming both. This collection of Massey’s writings brings together for the first time the full span of her formative contributions, showcasing the continuing relevance of her ideas to current debates on globalization, immigration, nationalism and neoliberalism, among other topics. With introductions from the editors, the collection represents an unrivalled distillation of the range and depth of Massey’s thinking. It is sure to remain an essential touchstone for social theory and critical geography for generations to come.