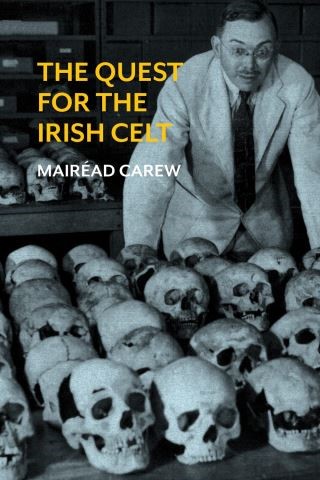 The Quest for the Irish Celt

The Harvard Archaeological Mission to Ireland, 1932–1936

The Quest for the Irish Celt is the fascinating story of Harvard University’s five-year archaeological research programme in Ireland during the 1930s to determine the racial and cultural heritage of the Irish people. The programme involved country-wide excavations and the examination of prehistoric skulls by physical anthropologists, and was complemented by the physical examinations of thousands of Irish people from across the country; measuring skulls, nose-shape and grade of hair colour.

The Harvard scientists’ mission was to determine who the Celts were, what was their racial type, and what element in the present-day population represented the descendants of the earliest inhabitants of the island. Though the Harvard Mission was hugely influential, there were theories of eugenics involved that would shock the modern reader. The main adviser for the archaeology was Adolf Mahr, Nazi and Director of the National Museum (1934–39). The overall project was managed by Earnest A. Hooton, famed Harvard anthropologist, whose theories regarding biological heritage would now be readily condemned for their racism.

Mairéad Carew explores this extraordinary archaeological mission, examining its historic importance for Ireland and Irish-America, its landmark findings, and the unseemly activities that lay just beneath the surface.