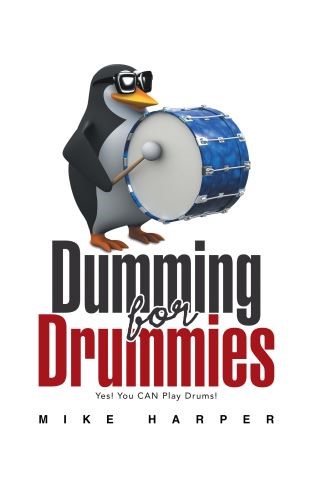 Mike Harper is a Cincinnati native and Texas transplant with powers and abilities far beyond those of mortal men. A happy husband, proud dad, and goofy grandpa, Mike got his first used drum pad in 1967 at age nine. Since then, he’s been in dozens of bands. And now, after a half century of fact-finding and introspection, he reveals the secret of drumming most drummers won’t tell you: it’s not rocket science. In Dumming for Drummies, Mike shares everything from stick selection (select two) to explosive rock show endings. His understanding of the intimate dynamics of band life is surpassed by few. We’re confident you’ll enjoy Dumming for Drummies. And if properly utilized, you can be playing in a band within a year! So whether it’s a rock band, a country band, a band of gypsies, or a “band on the run,” everybody loves the drummer! Be that guy!