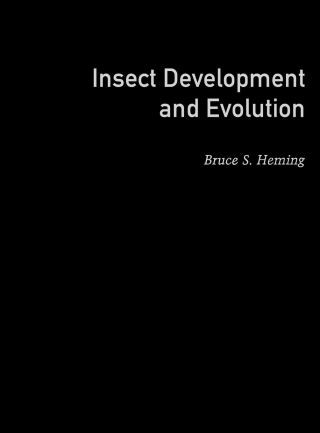 Life scientists are increasingly drawn to the study of comparative evolutionary biology. Insect Development and Evolution is the first synthesis of knowledge of insect development within an evolutionary framework and the first to survey the genetic, molecular, and whole organism literature. Bruce S. Heming provides a detailed introduction to the embryonic and postembryonic development of insects. Topics include:

Summaries for each of these topics cover structural events; comparative aspects (inserted on a phylogeny of the insect orders); and hormonal, genetic, and molecular causal analyses.

Insect Development and Evolution treats examples throughout the hexapods with frequent reference to the evolution and development of other invertebrates. It also compares insects to vertebrates and places insect development into context with fossil evidence and earth history. Heming's book will become an essential tool for students and teachers of entomology. It will also interest insect systematists and paleontologists, insect behavioral ecologists, insect pathologists, applied entomologists, developmental and invertebrate biologists, and all scientists who use Drosophila as a model organism.