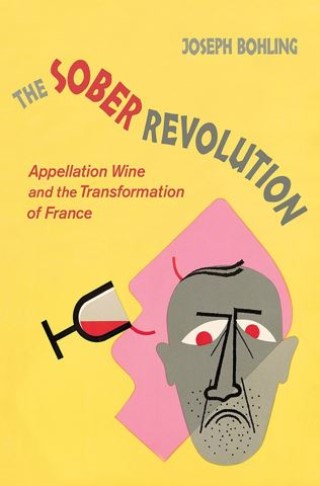 Appellation Wine and the Transformation of France

Burgundy, Bordeaux, Champagne. The names of these and other French regions bring to mind time-honored winemaking practices. Yet the link between wine and place, in French known as terroir, was not a given. In The Sober Revolution, Joseph Bohling inverts our understanding of French wine history by revealing a modern connection between wine and place, one with profound ties to such diverse and sometimes unlikely issues as alcoholism, drunk driving, regional tourism, Algeria’s independence from French rule, and integration into the European Economic Community.

In the 1930s, cheap, mass-produced wines from the Languedoc region of southern France and French Algeria dominated French markets. Artisanal wine producers, worried about the impact of these "inferior" products on the reputation of their wines, created a system of regional appellation labeling to reform the industry in their favor by linking quality to the place of origin. At the same time, the loss of Algeria, once the world’s largest wine exporter, forced the industry to rethink wine production. Over several decades, appellation producers were joined by technocrats, public health activists, tourism boosters, and other dynamic economic actors who blamed cheap industrial wine for hindering efforts to modernize France.

Today, scholars, food activists, and wine enthusiasts see the appellation system as a counterweight to globalization and industrial food. But, as The Sober Revolution reveals, French efforts to localize wine and integrate into global markets were not antagonistic but instead mutually dependent. The time-honored winemaking practices that we associate with a pastoral vision of traditional France were in fact a strategy deployed by the wine industry to meet the challenges and opportunities of the post-1945 international economy. France’s luxury wine producers were more market savvy than we realize.