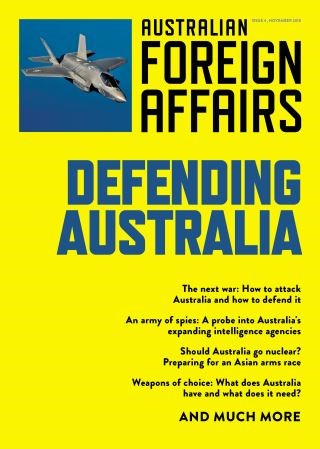 “Whether we like it or not, the challenge of defending Australia will become much harder in the twenty-first century. We are no longer a strategic backwater.” MICHAEL WESLEY
The fourth issue of Australian Foreign Affairs examines the challenge of defending Australia at a time of regional uncertainty and rapidly developing military technology. It explores whether the nation’s weaponry, intelligence agencies and handling of alliances and diplomacy are up to the task of securing against new vulnerabilities in a fast-changing Asia .