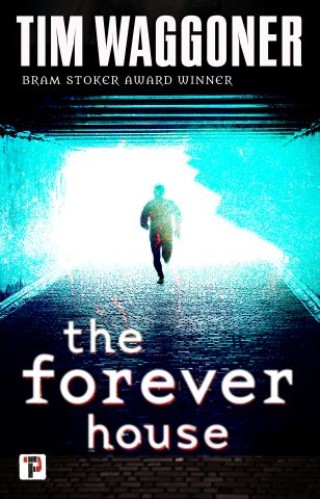 “Bram Stoker Award-winner Tim Waggoner consistently delivers the goods when it comes to hard-hitting horror fiction, with compelling characters and dangerous horrors at every turn.” – This is Horror

In Rockridge, Ohio, a sinister family moves into a sleepy cul de sac. The Eldreds feed on the negative emotions of humans, creating nightmarish realms within their house to entrap their prey. Neighbors are lured into the Eldreds’ home and faced with challenges designed to heighten their darkest emotions so their inhuman captors can feed and feed well. If the humans are to have any hope of survival, they’ll have to learn to overcome their prejudices and resentments toward one another and work together. But which will prove more deadly in the end, the Eldreds . . . or each other?

FLAME TREE PRESS is the new fiction imprint of Flame Tree Publishing. Launched in 2018 the list brings together brilliant new authors and the more established; the award winners, and exciting, original voices.

Tim Waggoner: Tim Waggoner’s first novel came out in 2001, and since then he’s published close to fifty novels and seven collections of short stories. He writes original dark fantasy and horror, as well as media tie-ins. His novels include Like Death, considered a modern classic in the genre, and the popular Nekropolis series of urban fantasy novels, as well as The Mouth of the Dark and They Kill, both published by Flame Tree Press.

In 2017 he received the Bram Stoker Award for Superior Achievement in Long Fiction, and he’s been a multiple finalist for the Shirley Jackson Award and the Scribe Award. His fiction has received numerous Honorable Mentions in volumes of Best Horror of the Year, and in 2016, the Horror Writers Association honored him with the Mentor of the Year Award. In addition to writing, he’s also a full-time tenured professor who teaches creative writing and composition at Sinclair College.