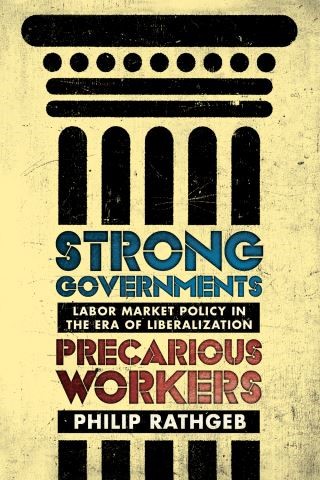 Why do some European welfare states protect unemployed and inadequately employed workers ("outsiders") from economic uncertainty better than others? Philip Rathgeb’s study of labor market policy change in three somewhat-similar small states—Austria, Denmark, and Sweden—explores this fundamental question. He does so by examining the distribution of power between trade unions and political parties, attempting to bridge these two lines of research—trade unions and party politics—that, with few exceptions, have advanced without a mutual exchange.

Inclusive trade unions have high political stakes in the protection of outsiders, because they incorporate workers at risk of unemployment into their representational outlook. Yet, the impact of union preferences has declined over time, with a shift in the balance of class power from labor to capital across the Western world. National governments have accordingly prioritized flexibility for employers over the social protection of outsiders. As a result, organized labor can only protect outsiders when governments are reliant on union consent for successful consensus mobilization. When governments have a united majority of seats, on the other hand, they are strong enough to exclude unions. Strong Governments, Precarious Workers calls into question the electoral responsiveness of national governments—and thus political parties—to the social needs of an increasingly numerous group of precarious workers. In the end, Rathgeb concludes that the weaker the government, the stronger the capacity of organized labor to enhance the social protection of precarious workers.