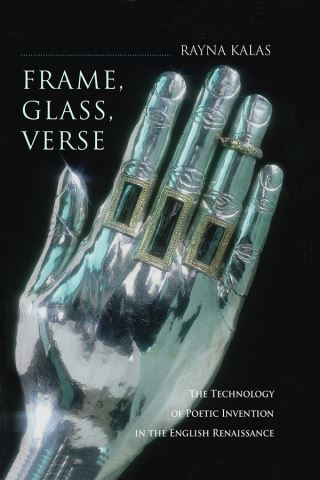 The Technology of Poetic Invention in the English Renaissance

In a book that draws attention to some of our most familiar and unquestioned habits of thought—from "framing" to "perspective" to "reflection"—Rayna Kalas suggests that metaphors of the poetic imagination were once distinctly material and technical in character. Kalas explores the visual culture of the English Renaissance by way of the poetic image, showing that English writers avoided charges of idolatry and fancy through conceits that were visual, but not pictorial.

Frames, mirrors, and windows have been pervasive and enduring metaphors for texts from classical antiquity to modernity; as a result, those metaphors seem universally to emphasize the mimetic function of language, dividing reality from the text that represents it. This book dissociates those metaphors from their earlier and later formulations in order to demonstrate that figurative language was material in translating signs and images out of a sacred and iconic context and into an aesthetic and representational one. Reading specific poetic images—in works by Spenser, Shakespeare, Gascoigne, Bacon, and Nashe—together with material innovations in frames and glass, Kalas reveals both the immanence and the agency of figurative language in the early modern period.

Frame, Glass, Verse shows, finally, how this earlier understanding of poetic language has been obscured by a modern idea of framing that has structured our apprehension of works of art, concepts, and even historical periods. Kalas presents archival research in the history of frames, mirrors, windows, lenses, and reliquaries that will be of interest to art historians, cultural theorists, historians of science, and literary critics alike. Throughout Frame, Glass, Verse, she challenges readers to rethink the relationship of poetry to technology.