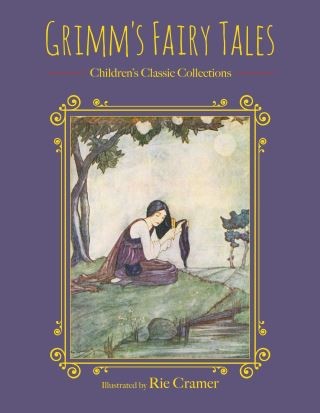 Racehorse for Young Reader?s Children?s Classic Collections is a new series that offers readers timeless compilations of children?s literature. Handsomely packaged and affordable, this new series aims to revitalize these enchanting works and continue the tradition of sharing them with the next generation.

Highlighting the work of Golden Age Dutch illustrator Rie Cramer, this beautiful new edition of Grimm?s Fairy Tales is the perfect gift for any fan of children?s classics. This fantastic collection includes some of the most popular tales ever told, such as:

Racehorse for Young Readers: Jacob Ludwig Carol Grimm (1785-1863) and Wilhelm Carl Grimm (1786-1859), universally known as 'the brothers Grimm', were born in the German state of Hesse. They were collectors of traditional tales and sought to preserve Germany's heritage by assembling them into treasuries.

Rie Cramer was a Dutch illustrator and writer, known particularly for his work in Children?s literature. Between writing and illustrator, Cramer worked on more than one hundred published works in her lifetime.

Frances Jenkins Olcott was an author and librarian during the late 1800s and early 1900s. Author and editor of more than twenty-four works, she successfully established herself and her career in the literary arts. Among the titles she worked on were The Arabian Nights? Entertainments, The Book of Elves and Fairies, and the iconic Grimm?s Fairy Tales.