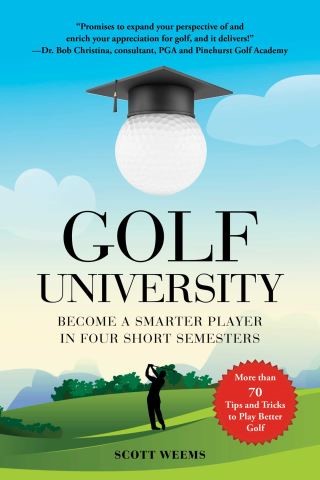 In Golf University, Scott Weems offers comprehensive advice to excelling on the golf course that takes readers beyond traditional tips on putting and driving. Divided into four academic years, this book incorporates the disciplines of physics, math, medicine, sociology, geology, economics, and more to help golfers maximize their success and have the most fun. Some of the many lessons that Weems offers include:

Golf University uses a mixture of research, interviews, and Weems’s own experiences as a scientist and golfer to introduce readers to the latest discoveries in the sport.

Scott Weems: Scott Weems is a psychologist with degrees in education, psychology, and creative writing. His first book, Ha! The Science of When We Laugh and Why, has been featured on CBS, CNN, and MSNBC. In his spare time he enjoys playing golf in beautiful Little Rock, Arkansas.