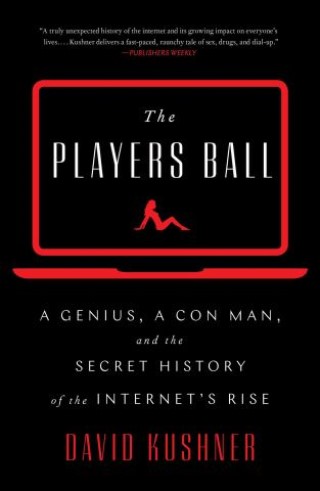 A Genius, a Con Man, and the Secret History of the Internet's Rise

“An engrossing microcosm of the internet’s Wild West years” (Kirkus Reviews), award-winning journalist David Kushner tells the incredible battle between the founder of Match.com and the con man who swindled him out of the website Sex.com, resulting in an all-out war for control for what still powers the internet today: love and sex.

In 1994, visionary entrepreneur Gary Kremen used a $2,500 loan to create the first online dating service, Match.com. Only five percent of Americans were using the internet at the time, and even fewer were looking online for love. He quickly bought the Sex.com domain too, betting the combination of love and sex would help propel the internet into the mainstream.

Imagine Kremen’s surprise when he learned that someone named Stephen Michael Cohen had stolen the rights to Sex.com and was already making millions that Kremen would never see. Thus follows the wild true story of Kremen’s and Cohen’s decade-long battle for control. In The Players Ball, author and journalist David Kushner provides a front seat to these must-read Wild West years online, when innovators and outlaws battled for power and money.

This cat-and-mouse game between a genius and a con man changed the way people connect forever, and is key to understanding the rise and future of the online world.

David Kushner: A contributing editor of Rolling Stone, David Kushner also writes for publications including The New Yorker, Vanity Fair, Wired, The New York Times Magazine, New York, GQ, and Esquire. Kushner served as the digital culture commentator for National Public Radio’s Weekend Edition Sunday, and has taught journalism at Princeton University and New York University. He has been featured in The Best Business Writing, The Best American Crime Reporting, and The Best Travel Writing, and his ebook The Bones of Marianna: A Reform School, a Terrible Secret, and a Hundred-Year Fight for Justice. His books include The Players Ball; Alligator Candy: A Memoir (an NPR Best Book of the Year); Jacked: The Outlaw Story of Grand Theft Auto; Levittown: Two Families, One Tycoon, and the Fight for Civil Rights in America’s Legendary Suburb; Jonny Magic and the Card Shark Kids: How a Gang of Geeks Beat the Odds and Stormed Las Vegas; and Masters of Doom: How Two Guys Created an Empire and Transformed Pop Culture.