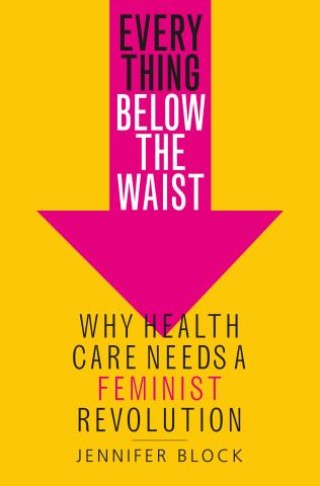 Everything Below the Waist

Elle's 30 BEST BOOKS OF THE SUMMER

"A jaw-dropping investigation into the women's health industry." —Shelf-Awareness

"A fascinating examination of the past and present of women's healthcare" —Delfina V Barbiero, USA TODAY

"A must-read for women, especially any woman who might ever need to see a doctor. " —The Washington Post

American women visit more doctors, have more surgery, and fill more prescriptions than men. In Everything Below the Waist, Jennifer Block asks: Why is the life expectancy of women today declining relative to women in other high-income countries, and even relative to the generation before them? Block examines several staples of modern women's health care, from fertility technology to contraception to pelvic surgery to miscarriage treatment, and finds that while overdiagnosis and overtreatment persist in medicine writ large, they are particularly acute for women. One third of mothers give birth by major surgery; roughly half of women lose their uterus to hysterectomy.

Feminism turned the world upside down, yet to a large extent the doctors' office has remained stuck in time. Block returns to the 1970s women's health movement to understand how in today's supposed age of empowerment, women's bodies are still so vulnerable to medical control—particularly their sex organs, and as result, their sex lives.

In this urgent book, Block tells the stories of patients, clinicians, and reformers, uncovering history and science that could revolutionize the standard of care, and change the way women think about their health. Everything Below the Waist challenges all people to take back control of their bodies.

Jennifer Block: Jennifer Block is an independent journalist focused on women and health. Her work has appeared in The Washington Post Magazine, Pacific Standard, The Cut, Newsweek, The Los Angeles Times, and many other publications. Her first book, Pushed, led a wave of attention to the national crisis in maternity care and was named a "Best Book of 2007" by Kirkus Reviews. A reporter with Type Investigations, Block won several awards for her investigative reporting on the permanent contraceptive implant Essure, which has since been discontinued. For early chapters of Everything Below the Waist, she won a Whiting Creative Nonfiction Grant. She lives in Brooklyn, New York, with her son.