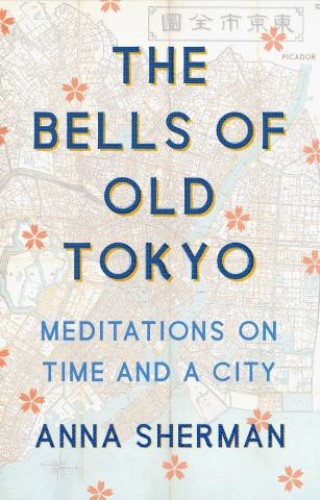 The Bells of Old Tokyo

Meditations on Time and a City

An elegant and absorbing tour of Tokyo and its residents

From 1632 until 1854, Japan’s rulers restricted contact with foreign countries, a near isolation that fostered a remarkable and unique culture that endures to this day. In hypnotic prose and sensual detail, Anna Sherman describes searching for the great bells by which the inhabitants of Edo, later called Tokyo, kept the hours in the shoguns’ city.

An exploration of Tokyo becomes a meditation not just on time, but on history, memory, and impermanence. Through Sherman’s journeys around the city and her friendship with the owner of a small, exquisite cafe, who elevates the making and drinking of coffee to an art-form, The Bells of Old Tokyo follows haunting voices through the labyrinth that is the Japanese capital: an old woman remembers escaping from the American firebombs of World War II. A scientist builds the most accurate clock in the world, a clock that will not lose a second in five billion years. The head of the Tokugawa shogunal house reflects on the destruction of his grandfathers’ city: “A lost thing is lost. To chase it leads to darkness.”

The Bells of Old Tokyo marks the arrival of a dazzling new writer who presents an absorbing and alluring meditation on life in the guise of a tour through a city and its people.

Anna Sherman: ANNA SHERMAN was born in Little Rock, Arkansas. She studied Greek and Latin at Wellesley College and Oxford before moving to Tokyo in 2001. The Bells of Old Tokyo is her first book.