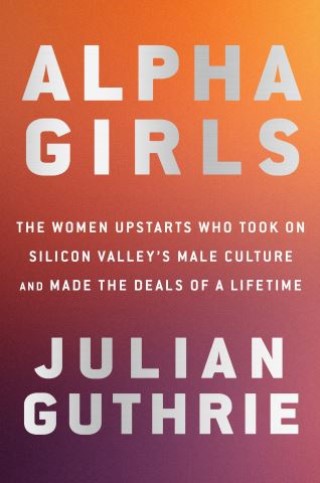 An unforgettable story of four women who, through grit and ingenuity, became stars in the cutthroat, high-stakes, male dominated world of venture capital in Silicon Valley, and helped build some of the foremost companies of our time.

In Alpha Girls, award-winning journalist Julian Guthrie takes readers behind the closed doors of venture capital, an industry that transforms economies and shapes how we live. We follow the lives and careers of four women who were largely written out of history - until now.

Magdalena Yesil, who arrived in America from Turkey with $43 to her name, would go on to receive her electrical engineering degree from Stanford, found some of the first companies to commercialize internet access, and help Marc Benioff build Salesforce. Mary Jane Elmore went from the corn fields of Indiana to Stanford and on to the storied venture capital firm IVP - where she was one of the first women in the U.S. to make partner - only to be pulled back from the glass ceiling by expectations at home. Theresia Gouw, an overachieving first-generation Asian American from a working-class town, dominated the foosball tables at Brown (she would later reluctantly let Sergey Brin win to help Accel Partners court Google), before she helped land and build companies including Facebook, Trulia, Imperva, and ForeScout. Sonja Hoel, a Southerner who became the first woman investing partner at white-glove Menlo Ventures, invested in McAfee, Hotmail, Acme Packet, and F5 Networks. As her star was still rising at Menlo, a personal crisis would turn her into an activist overnight, inspiring her to found an all-women's investment group and a national nonprofit for girls.

These women, juggling work and family, shaped the tech landscape we know today while overcoming unequal pay, actual punches, betrayals, and the sexist attitudes prevalent in Silicon Valley and in male-dominated industries everywhere. Despite the setbacks, they would rise again to rewrite the rules for an industry they love. In Alpha Girls, Guthrie reveals their untold stories.

Julian Guthrie: Julian Guthrie spent twenty years writing for the San Francisco Chronicle, where she won numerous awards and had her writing nominated multiple times for the Pulitzer Prize. She is the author of three nonfiction books: The Grace of Everyday Saints, The Billionaire and the Mechanic, and How to Make a Spaceship. She lives in the San Francisco Bay Area.