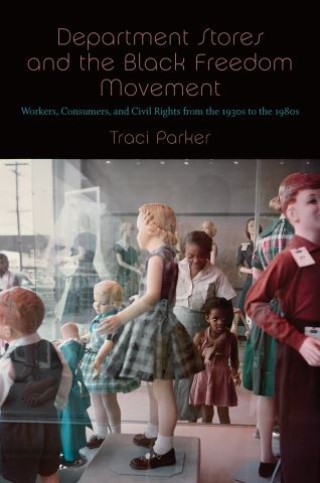 In this book, Traci Parker examines the movement to racially integrate white-collar work and consumption in American department stores, and broadens our understanding of historical transformations in African American class and labor formation. Built on the goals, organization, and momentum of earlier struggles for justice, the department store movement channeled the power of store workers and consumers to promote black freedom in the mid-twentieth century. Sponsoring lunch counter sit-ins and protests in the 1950s and 1960s, and challenging discrimination in the courts in the 1970s, this movement ended in the early 1980s with the conclusion of the Sears, Roebuck, and Co. affirmative action cases and the transformation and consolidation of American department stores. In documenting the experiences of African American workers and consumers during this era, Parker highlights the department store as a key site for the inception of a modern black middle class, and demonstrates the ways that both work and consumption were battlegrounds for civil rights.