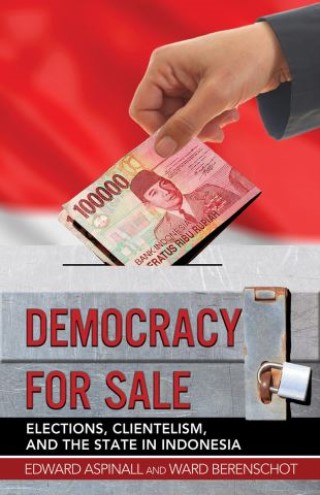 Elections, Clientelism, and the State in Indonesia

Democracy for Sale is an on-the-ground account of Indonesian democracy, analyzing its election campaigns and behind-the-scenes machinations. Edward Aspinall and Ward Berenschot assess the informal networks and political strategies that shape access to power and privilege in the messy political environment of contemporary Indonesia.

In post-Suharto Indonesian politics the exchange of patronage for political support is commonplace. Clientelism, argue the authors, saturates the political system, and in Democracy for Sale they reveal the everyday practices of vote buying, influence peddling, manipulating government programs, and skimming money from government projects. In doing so, Aspinall and Berenschot advance three major arguments. The first argument points toward the role of religion, kinship, and other identities in Indonesian clientelism. The second explains how and why Indonesia's distinctive system of free-wheeling clientelism came into being. And the third argument addresses variation in the patterns and intensity of clientelism. Through these arguments and with comparative leverage from political practices in India and Argentina, Democracy for Sale provides compelling evidence of the importance of informal networks and relationships rather than formal parties and institutions in contemporary Indonesia.