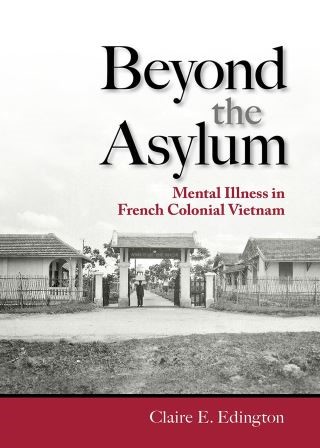 Claire Edington's fascinating look at psychiatric care in French colonial Vietnam challenges our notion of the colonial asylum as a closed setting, run by experts with unchallenged authority, from which patients rarely left. She shows instead a society in which Vietnamese communities and families actively participated in psychiatric decision-making in ways that strengthened the power of the colonial state, even as they also forced French experts to engage with local understandings of, and practices around, insanity. Beyond the Asylum reveals how psychiatrists, colonial authorities, and the Vietnamese public debated both what it meant to be abnormal, as well as normal enough to return to social life, throughout the early twentieth century.

Straddling the fields of colonial history, Southeast Asian studies and the history of medicine, Beyond the Asylum shifts our perspective from the institution itself to its relationship with the world beyond its walls. This world included not only psychiatrists and their patients, but also prosecutors and parents, neighbors and spirit mediums, as well as the police and local press. How each group interacted with the mentally ill, with each other, and sometimes in opposition to each other, helped decide the fate of those both in and outside the colonial asylum.