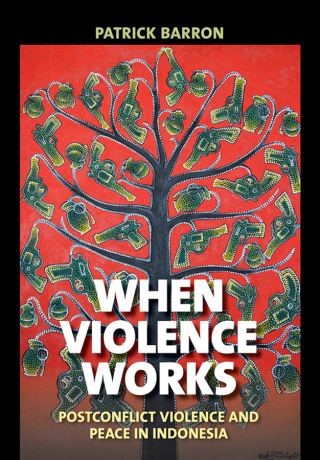 Postconflict Violence and Peace in Indonesia

Why are some places successful in moving from war to consolidated peace while others continue to be troubled by violence? And why does postconflict violence take different forms and have different intensities? By developing a new theory of postconflict violence Patrick Barron's When Violence Works makes a significant contribution to our understanding.

Barron picks out three postconflict regions in Indonesia in which to analyze what happens once the "official" fighting ends: North Maluku has seen peace consolidated; Maluku still witnesses large episodes of violence; and Aceh experiences continuing occurrences of violence but on a smaller scale than in Maluku. He argues that violence after war has ended (revenge killings, sexual violence, gang battles, and violent crime, in addition to overtly political conflict) is not the result of failed elite bargains or weak states, but occurs because the actors involved see it as beneficial and lowcost. His findings pertain directly to Indonesia, but the theory will have relevance far beyond as those studying countries such as Colombia, the Philippines, Iraq, Afghanistan, and Syria seek a framework in which to assess what happens after war ends. Barron's theory also provides practical guidance for policymakers and development practitioners. Ultimately, When Violence Works pushes forward our understanding of why postconflict violence occurs and takes the forms it does.