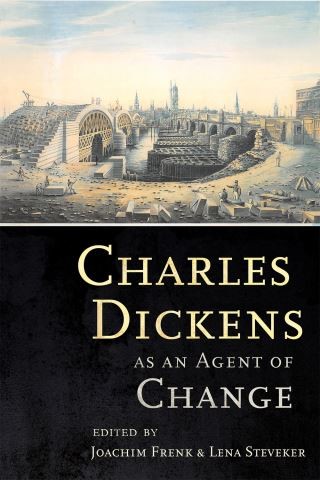 Charles Dickens as an Agent of Change

Sixteen scholars from across the globe come together in Charles Dickens as Agent of Change to show how Dickens was (and still is) the consummate change agent. His works, bursting with restless energy in the Inimitable's protean style, registered and commented on the ongoing changes in the Victorian world while the Victorians' fictional and factional worlds kept (and keep) changing. The essays from notable Dickens scholars—Malcolm Andrews, Matthias Bauer, Joel J. Brattin, Doris Feldmann, Herbert Foltinek, Robert Heaman, Michael Hollington, Bert Hornback, Norbert Lennartz, Chris Louttit, Jerome Meckier, Nancy Aycock Metz, David Paroissien, Christopher Pittard, and Robert Tracy—suggest the many ways in which the notion of change has found entry into and is negotiated in Dickens' works through four aspects: social change, political and ideological change, literary change, and cultural change. An afterword by the late Edgar Rosenberg adds a personal account of how Dickens changed the life of one eminent Dickensian.