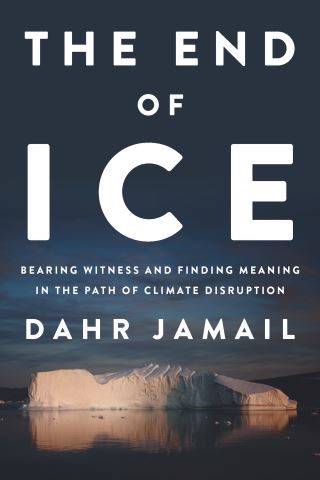 The End of Ice

Bearing Witness and Finding Meaning in the Path of Climate Disruption

Media track record: Dahr Jamail has been a regular guest on Democracy Now!.

Platform: He has a regular column in Truthout; he also contributes to Tom Dispatch. He has appeared on and reported for Inter Press Service, The Nation, The Guardian, Foreign Policy in Focus, Le Monde Diplomatique, The Independent, and Al Jazeera English. He has reported for NPR, Democracy Now!, Al-Jazeera, the BBC, NPR, and numerous other stations around the globe.

Credentials: The author’s monthly climate change report for Truthout is one of the mostly highly-regarded and read columns of its kind. He can also talk about the dramatic effect climate change is having on glaciers and mountains because he is a seasoned mountaineer.

Speaking: The author had toured extensively to promote his books in the past.

Opportunities: More and more NGO and scientific reports will back the arguments the author is making

Affiliations: The Lannan Foundation is a strong supporter of the author’s work, as well as Wallace Global Fund.