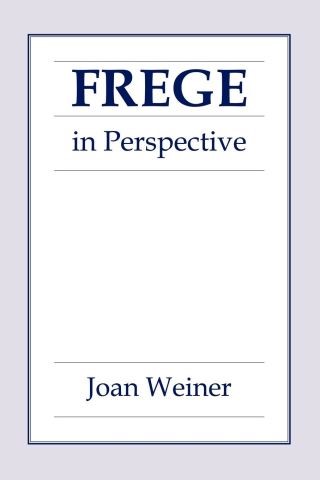 Not only can the influence of Gottlob Frege (1848-1925) be found in contemporary work in logic, the philosophy of mathematics, and the philosophy of language, but his projects—and the very terminology he employed in pursuing those projects—are still current in contemporary philosophy. This is undoubtedly why it seems so reasonable to assume that we can read Frege' s writings as if he were one of us, speaking to our philosophical concerns in our language. In Joan Weiner's view, however, Frege's words can be accurately interpreted only if we set that assumption aside. Weiner here offers a challenging new approach to the philosophy of this central figure in analytic philosophy. Weiner finds in Frege's corpus, from Begriffsschrift (1879) on, a unified project of remarkable ambition to which each of the writings in that corpus makes a distinct contribution—a project whose motivation she brings to life through a careful reading of his Foundations of Arithmetic. The Frege that Weiner brings into clear view is very different from the familiar figure. Far from having originated one of the standard positions on the nature of reference, Frege turns out not to have had positive doctrines on anything like what contemporary philosophers mean by "reference." Far from having served as a standard-bearer for those who take the realists' side of contemporary disputes with anti-realists, Frege turns out to have had no stake in either side of the controversy. Through Weiner's lens, Frege emerges as a thinker who has principled reasons for challenging the very assumptions and motivations that animate philosophers to dispute these doctrines.

This lucidly written and accessible book will generate controversy among all readers with an interest in epistemology, philosophy of language, history of philosophy, and the philosophy of mathematics.