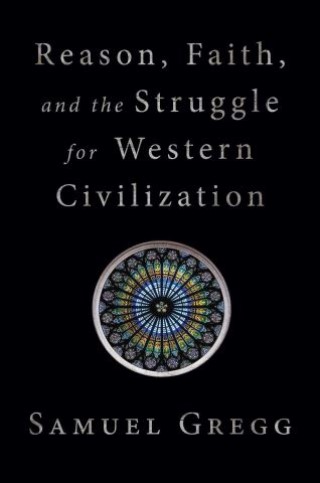 Reason, Faith, and the Struggle for Western Civilization

"Gregg's book is the closet thing I've encountered in a long time to a one-volume user's manual for operating Western Civilization." —The Stream

"Reason, Faith, and the Struggle for Western Civilization offers a concise intellectual history of the West through the prism of the relationship between faith and reason." —Free Beacon

The genius of Western civilization is its unique synthesis of reason and faith. But today that synthesis is under attack—from the East by radical Islam (faith without reason) and from within the West itself by aggressive secularism (reason without faith). The stakes are incalculably high.

The naïve and increasingly common assumption that reason and faith are incompatible is simply at odds with the facts of history. The revelation in the Hebrew Scriptures of a reasonable Creator imbued Judaism and Christianity with a conviction that the world is intelligible, leading to the flowering of reason and the invention of science in the West. It was no accident that the Enlightenment took place in the culture formed by the Jewish and Christian faiths.

We can all see that faith without reason is benighted at best, fanatical and violent at worst. But too many forget that reason, stripped of faith, is subject to its own pathologies. A supposedly autonomous reason easily sinks into fanaticism, stifling dissent as bigoted and irrational and devouring the humane civilization fostered by the integration of reason and faith. The blood-soaked history of the twentieth century attests to the totalitarian forces unleashed by corrupted reason.

But Samuel Gregg does more than lament the intellectual and spiritual ruin caused by the divorce of reason and faith. He shows that each of these foundational principles corrects the other’s excesses and enhances our comprehension of the truth in a continuous renewal of civilization. By recovering this balance, we can avoid a suicidal winner-take-all conflict between reason and faith and a future that will respect neither.

Samuel Gregg: SAMUEL GREGG, the research director at the Acton Institute in Grand Rapids, Michigan, writes and speaks on questions of political economy, economic history, ethics in finance, and natural law theory. He holds D.Phil. in moral philosophy and political economy from the University of Oxford. His previous books include For God and Profit: How Banking and Finance Can Serve the Common Good and Becoming Europe.