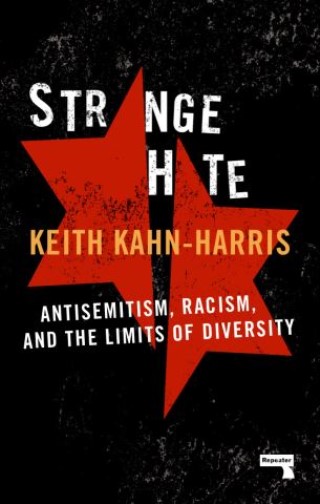 Antisemitism, Racism and the Limits of Diversity

Keith Kahn-Harris argues that the controversy over antisemitism today is a symptom of a growing "selectivity" in anti-racism caused by a failure to engage with the challenges that diverse societies pose.

How did antisemitism get so strange? How did hate become so clouded in controversy? And what does the strange hate of antisemitism tell us about racism and the politics of diversity today?

Life-long anti-racists accused of antisemitism, life-long Jew haters declaring their love of Israel... Today, antisemitism has become selective. Non-Jews celebrate the "good Jews" and reject the "bad Jews". And its not just antisemitism that's becoming selective, racists and anti-racists alike are starting to choose the minorities they love and hate.

In this passionate yet closely-argued polemic from a writer with an intimate knowledge of the antisemitism controversy, Keith Kahn-Harris argues that the emergence of strange hatreds shows how far we are from understanding what living in diverse societies really means.

Strange Hate calls for us to abandon selective anti-racism and rethink how we view not just Jews and antisemitism, but the challenge of living with diversity.

Keith Kahn-harris: Keith Kahn-Harris is a writer and sociologist. He is senior lecturer at Leo Baeck College, an associate lecturer at Birkbeck College and runs the European Jewish Research Archive at the Institute for Jewish Policy Research. His books include: Denial: The Unspeakable Truth (2018) Uncivil War: The Israel Conflict in the Jewish Community (2014), Judaism: All That Matters (2012) and (with Ben Gidley) Turbulent Times: The British Jewish Community Today.