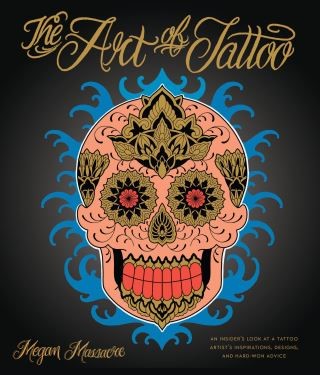 The Art of Tattoo

Tattoo artist Megan Massacre presents a beautiful collection of her best work, with instructive how-to and inspiration for both professional tattoo artists as well as tattoo aficionados. With a personal behind-the-scenes peek into the making of a tattoo, from concept to execution, plus fan favorite tattoos and tattoo cover-ups, this approachable, full-color paperback will feature everything Massacre has learned over the years. Part idea sourcebook, part tattoo opus, this is an art book that tattoo fans will be eager to read and display.

Megan Massacre: MEGAN MASSACRE has been tattooing since 2004, has appeared on TLC's America's Worst Tattoos and NY Ink, and is currently filming the second season of Fuse's Bondi Ink. She is a cofounder of New York's Grit N Glory, where she and the all-girl team sell fashion and lifestyle items with a rock n' roll edge, and provide one of the best tattoo services in the city. Massacre, one of the most popular alternative models working today, is the only person in the world to have been featured on the cover of every major tattoo magazine, including Von Guttenberg, Inked Magazine, and Tattoo Life. She is also the author of the adult coloring book Marked in Ink.