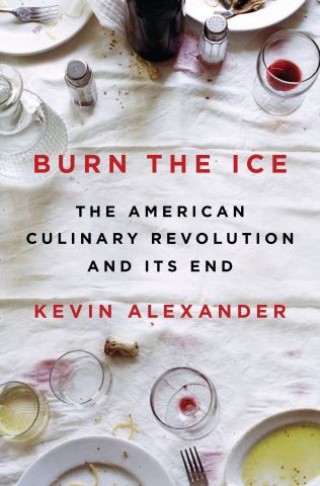 The American Culinary Revolution and Its End

Over the past decade, Kevin Alexander saw American dining turned on its head. Starting in 2006, the food world underwent a transformation as the established gatekeepers of American culinary creativity in New York City and the Bay Area were forced to contend with Portland, Oregon. Its new, no-holds-barred, casual fine-dining style became a template for other cities, and a culinary revolution swept across America. Traditional ramen shops opened in Oklahoma City. Craft cocktail speakeasies appeared in Boise. Poke bowls sprung up in Omaha. Entire neighborhoods, like Williamsburg in Brooklyn, and cities like Austin, were suddenly unrecognizable to long-term residents, their names becoming shorthand for the so-called hipster movement. At the same time, new media companies such as Eater and Serious Eats launched to chronicle and cater to this developing scene, transforming nascent star chefs into proper celebrities. Emerging culinary television hosts like Anthony Bourdain inspired a generation to use food as the lens for different cultures. It seemed, for a moment, like a glorious belle epoque of eating and drinking in America. And then it was over.

To tell this story, Alexander journeys through the travails and triumphs of a number of key chefs, bartenders, and activists, as well as restaurants and neighborhoods whose fortunes were made during this veritable gold rush--including Gabriel Rucker, an originator of the 2006 Portland restaurant scene; Tom Colicchio of Gramercy Tavern and Top Chef fame; as well as hugely influential figures, such as André Prince Jeffries of Prince's Hot Chicken Shack in Nashville; and Carolina barbecue pitmaster Rodney Scott.

He writes with rare energy, telling a distinctly American story, at once timeless and cutting-edge, about unbridled creativity and ravenous ambition. To "burn the ice" means to melt down whatever remains in a kitchen's ice machine at the end of the night. Or, at the bar, to melt the ice if someone has broken a glass in the well. It is both an end and a beginning. It is the firsthand story of a revolution in how Americans eat and drink.

Kevin Alexander: Kevin Alexander is a James Beard Award-winning food journalist, recipient of the Society of Professional Journalist's Mark of Excellence Award, and currently Thrillist's National Writer-at-large with a focus on the restaurant industry. His work has appeared in Esquire, Elle, Men's Journal, The New Republic, and Boston Globe, and he is a 2018 Association of Food Journalists award winner. He was born in Texas, grew up in New England, and now lives in Northern California.