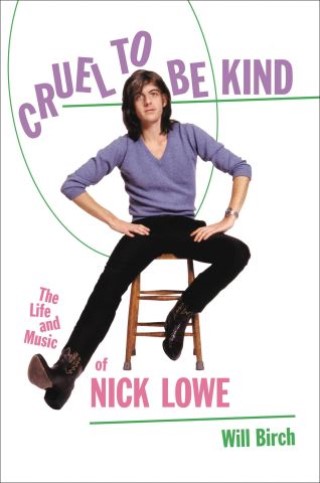 Cruel to Be Kind

The Life and Music of Nick Lowe

The definitive biography of singer-songwriter Nick Lowe, best-known for "Cruel to Be Kind" and "(What's So Funny 'Bout) Peace, Love, and Understanding"

Described as "Britain's greatest living songwriter," Nick Lowe has made his mark as a pioneer of pub rock, power-pop, and punk rock and as a producer of Elvis Costello, Graham Parker, the Damned, and the Pretenders. He has been a pop star with his bands Brinsley Schwarz and Rockpile, a stepson-in-law to Johnny Cash and June Carter Cash, and is the writer behind hits including "Cruel to Be Kind" and "(What's So Funny 'Bout) Peace, Love, and Understanding." In the past decades, however, he has distinguished himself as an artist who is equally acclaimed for the second act of his career as a tender yet sharp-tongued acoustic balladeer.

Biographer Will Birch, who in addition to being a music writer was a drummer and songwriter with The Records, has known Lowe for over forty years and melds Lowe's gift as a witty raconteur with his own authoritative analysis of Lowe's background and the cultural scenes he exemplifies. Lowe's parallel fame as one of the best interviews in the business will contribute to this first look into his life and work--and likely the closest thing fans will get to an autobiography by this notoriously charming cult figure.
This is not an authorized biography, but Lowe has given it his spiritual blessing and his management and label are fully on board. Cruel to Be Kind will be the colorful yet serious account of one of the world's most talented and admired musicians.