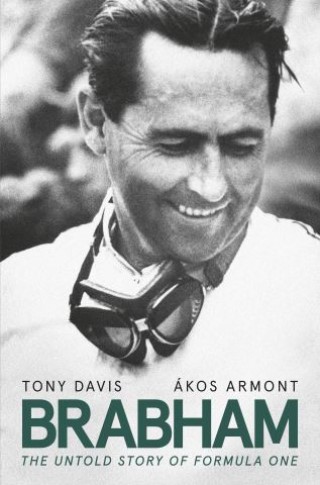 The Untold Story of Formula One

Sir Jack Brabham was unique in the world of motor racing. He was the boy from Sydney who took on the elite of motor racing and won three F1 world championships, the last one in a car not only built by his own Brabham company, but with an Australian engine he'd helped develop.

To those who saw him on the podium, Jack Brabham might have seemed glorious and triumphant. But he was also a man of secrets. He shunned the media, rarely using 'two words when none would do'. He kept vital information from his competitors, his team mates - and his family. It led to unrivalled success. It led to wealth too, much of it hidden around the world. But it also left a trail of hurt and bewilderment ...

In this first ever book-length biography of Jack Brabham, his extraordinary accomplishments are laid out with new commentary from his rivals, colleagues, employees and long-time engineering partner Ron Tauranac. And, with the help of his sons Geoffrey and David, it represents the first major attempt to unravel the enigma who became known as 'Black Jack'.

'Do buy the book, its a great read over the festive season or otherwise!' Primotipo

'A thorough, broad portrait of a motor sporting giant, an Aussie icon who rarely allowed outsiders to take a peek inside at a personality that offers more surprises than anyone might have guessed' Cars4Starters

Tony Davis is a Sydney-based author, journalist, academic and motor racing enthusiast. He has written more than a dozen books, including The Big Dry (a novel shortlisted in the NSW Premier's Literary Awards), Roland Wright (a children's series published in the US and Germany), the bestselling Lemon! books about the worst cars ever made, and Wide Open Road (the companion book to the ABC television history of motoring in Australia).

Ákos Armont is a writer, director and co-producer of the major international feature documentary Brabham. He is the director of Aurora Films, an Australian production company based in Sydney and the founder of Summon; specialising in bespoke sport and travel experiences.