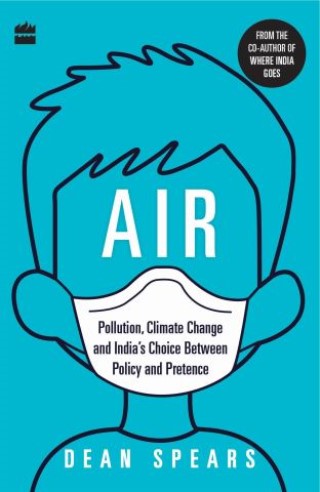 India's air pollution is a deadly threat. Will its politics meet the challenge? Exposure to the world's worst air pollution kills over a million Indians each year. It also affects children's growth and threatens the economy and health of the next generation. No family can save itself from the collective danger of pollution. That is the task of governments, which, instead, have enacted showy, ineffective policies while neglecting to even measure the problem. With a smart package of policies, India could have healthier air. In fact, some strategies could bring down air pollution today, while also reducing the country's deep vulnerability to future climate change. But to do so would demand an honest reckoning with both challenges: particles in the air and rising temperatures. India's children need a serious commitment to change - not empty reassurance. The environment and economic progress are often portrayed to be at odds, but the compelling stories and hard facts in this important book challenge that outdated, narrow debate. It is time to clear the air.

Dean Spears: Dean Spears is a visiting researcher at the Economics and Planning Unit of the Indian Statistical Institute in Delhi, an assistant professor at the University of Texas at Austin, and an executive director of r.i.c.e., a research institute for compassionate economics. He is affiliated with the Princeton University Climate Futures Initiative, the Institute for Futures Studies in Stockholm, and the IZA Institute for Labour Economics. With Diane Coffey, he wrote the award-winning Where India Goes: Abandoned Toilets, Stunted Development, and the Costs of Caste.