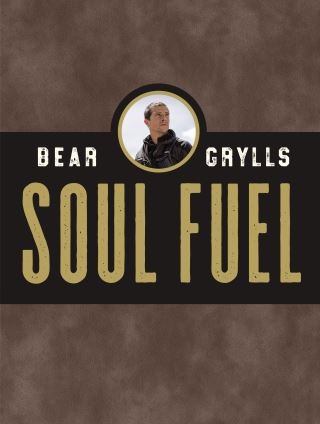 Bestselling author Bear Grylls is best known for his seven seasons on National Geographic's Man vs. Wild, his current NBC TV series, Running Wild with Bear Grylls, and his adventures climbing ice cliffs, running through forest fires, and parachuting from balloons. Nature has taught Bear some important lessons, and behind every feat is a story of grit, determination, and strength found in faith. In Soul Fuel, Bear shares the backstories behind many of his most daring expeditions and how his faith gave him the purpose and power to carry on in 365 devotions as he explores themes of hope, courage, risk, heaven, and more. Bear says:

"I often don't feel very strong. Life can be a battle. We all feel that from time to time. But any strength I do have seems to come in the quiet moments at the start of my day. It comes when I am on my own, on my knees. It comes from taking time to be still with God. . . . So for me, starting my day like this really helps. It is like food. Like good fuel for the soul."

Already a bestselling author, Bear is ready to open up on themes of faith, and Soul Fuel is perfect for fans of Bear's TV series and for those who love to read about survival.

Bear Grylls is the author of several books that have sold more than 11 million copies worldwide,   including the bestselling Mud, Sweat, and Tears. He starred in National Geographic’s television series Man vs. Wild for seven seasons and currently works on his NBC series, Running Wild with Bear Grylls, where he takes celebrities such as Julianne Hough, Marshawn Lynch, Shaquille O’Neal, and Don Cheadle   out into the wilderness. Bear is an adventurer known for many exploits, including crossing the North Atlantic Arctic Ocean in a rubber boat, climbing Mount Everest, and running through a forest fire. He is also a dedicated family man to his wife and three sons.