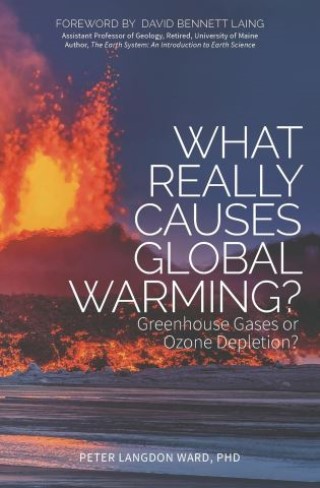 A thought-provoking look at the unsettled science of global warming—from a former volcanologist, geophysicist, and US Geological Survey scientist.

Thousands of scientists are convinced beyond any reasonable doubt that recent global warming is being caused by emissions of greenhouse gases and that we must act immediately to reduce these emissions or else we may render Earth unlivable for our children and grandchildren. Some even say “the science is settled.”

What Really Causes Global Warming? examines a broad range of observations that show that greenhouse warming theory is not only misguided, but not physically possible. Recent warming was caused by ozone depletion due to emissions of human-manufactured gases. We solved that problem with the Montreal Protocol on Substances that Deplete the Ozone Layer stopping the increase in global temperatures by 1998. Volcanoes also deplete ozone. The eruption of Bárðarbunga volcano in central Iceland from August 2014 to February 2015―the largest effusive, basaltic, volcanic eruption since 1783―caused 2015 to be the hottest year on record. How can we adapt?