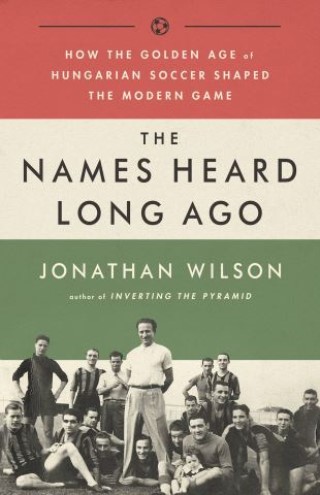 The Names Heard Long Ago

How the Golden Age of Hungarian Soccer Shaped the Modern Game

The story of the vibrant and revolutionary soccer culture in Hungary that, on the eve of World War II, redefined the modern game and launched a new era.
In the early 1950s, the Hungarian side was unbeatable, winning the Olympic gold and thrashing England in the Match of the Century. Their legendary forward, Ferenc Puskás, was one of the game's first international superstars. But as Jonathan Wilson reveals in The Names Heard Long Ago, this celebrated era was in fact the final act of the true golden age of Hungarian soccer.

In Budapest in the 1920s and 1930s, a new school of soccer emerged that became one of the most influential in the game's history, shaped by brilliant players and coaches who brought mathematical rigor and imagination to the style of play. But with the onset of World War II, many were forced into exile, fleeing anti-Semitism and the rise of fascism.

Yet their legacy endured. Against the backdrop of economic and political turmoil between the wars, and in spite of extraordinary odds, Hungary taught the world to play.