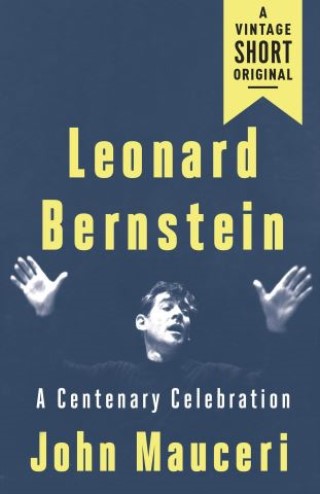 A dazzling conductor and prodigiously talented composer whose passion for music inspired generations of musicians, Leonard Bernstein is one of the most famous figures in American musical history. Now, acclaimed conductor and musical director John Mauceri, who worked with and learned from Bernstein for eighteen years, gives us an intimate portrait of the beloved maestro. Mauceri warmly recounts delightful stories from his years of world travel and continuous creation alongside ‘Lenny.’  A must-read celebration of the rich and vivacious life of one of the greatest musical minds of our generation.

John Mauceri: Over the past five decades, John Mauceri has conducted symphonies, operas, ballets, musicals, and film music around the world and served as music director of four opera companies and three orchestras, as well as hosted television and radio programs. For eighteen years (1972-1990), he worked closely with Leonard Bernstein and conducted many of the composer’s premieres—in Tel Aviv, the Kennedy Center, Milan’s La Scala, London, Vienna, and on Broadway—at Bernstein’s request. He has more than seventy albums to his name, and is the recipient of a Grammy, a Tony, a Billboard, two Diapasons d’or, three Emmys, and four Deutschen Schallplattenkritik awards. He is the author of Maestros and Their Music: The Art and Alchemy of Conducting, and For the Love of Music: A Conductor’s Guide to the Art of Listening, and has written for The New York Times, The Los Angeles Times, The Times of London, and HuffPost, among other publications. He lives in New York City.