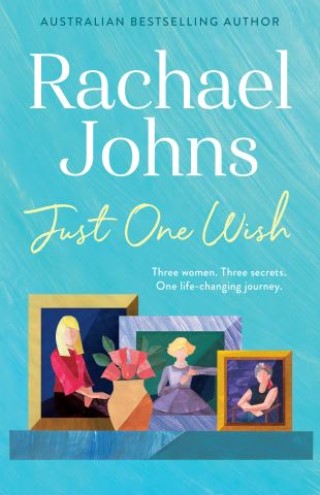 Alice has always been a trailblazer as a scientist, activist and mother. She knew her choices would involve sacrifices, but now, on the eve of her eightieth birthday, she's beginning to wonder if she's sacrificed too much.

Alice's daughter, Sappho, rebelled against her unconventional upbringing, choosing to marry young and embrace life as a homemaker, but her status as a domestic goddess has recently taken a surprising turn.

Ged has always been the peacemaker between her grandmother and mother. A tenacious journalist, she knows what she wants in life and love, yet when everything in her world starts falling apart, she begins to question whether she really knows anyone at all.

At a crossroads in each of their lives, Alice, Sappho and Ged embark on a celebratory trip together, but instead of bringing them closer, the holiday sparks life-changing consequences and lifts the lid on a fifty-year-old secret.

Can Ged rescue her family if their story is built on a betrayal?

From bestselling, ABIA award-winning author Rachael Johns comes an engrossing and wise novel about ambition, choices and what it means to be a woman.

Rachael Johns, an English teacher by trade and a mum 24/7, is the bestselling ABIA-winning author of The Patterson Girls and a number of other romance and women's fiction books including The Art of Keeping Secrets, The Greatest Gift and Lost Without You. She is currently Australia's leading writer of contemporary relationship stories around women's issues, a genre she has coined ‘life-lit'. Rachael lives in the Perth hills with her hyperactive husband, three mostly gorgeous heroes-in-training and a very badly behaved dog. She rarely sleeps and never irons.