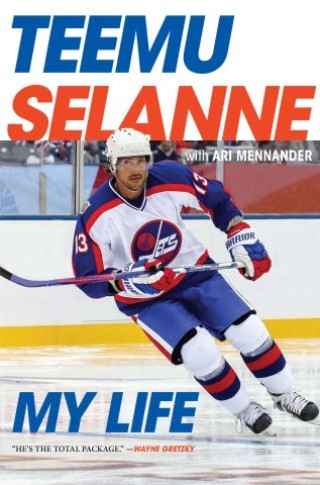 Teemu Selanne may have been anointed “The Finnish Flash,” but his career was anything but fleeting. Few professional hockey players will ever approach the staying power or success that Selanne achieved in all facets of the sport, from helping Finland win four Olympic medals and two World Championship medals to finally capturing, in his words, the Holy Grail—the Stanley Cup—after fourteen seasons.

Drafted by the Winnipeg Jets, Selanne made his NHL debut on October 6, 1992, and his career quickly took flight. He won the Calder Memorial Trophy as the NHL’s best rookie and broke the record for rookie points and goals. When the Jets traded him to the Mighty Ducks of Anaheim on February 6, 1996, Selanne was so devastated that he walked out of the practice arena without speaking to anyone. Over the next five seasons, the Mighty Ducks, led by Selanne and his “on-ice soulmate,” Paul Kariya, lived up to their name. But despite boasting hockey’s best top line, the franchise failed to win a Cup, and in 2001 Selanne was on the move again, this time to San Jose. Although he led the Sharks in scoring in 2002–03, hockey’s highest honour remained beyond his grasp. So in 2003, as free agents (and earning significantly less than their market value), Selanne and Kariya teamed up on the Colorado Avalanche with the sole focus of hoisting the Cup. Unfortunately, that season was a disaster. Nevertheless, Teemu Selanne eventually retired as one of the most prolific scorers in NHL history.

Featuring Selanne’s thoughtful, honest recollections and colour photographs from his personal collection, My Life is as revealing as it is essential—a complete portrait of a devoted friend, family man and hockey superstar.