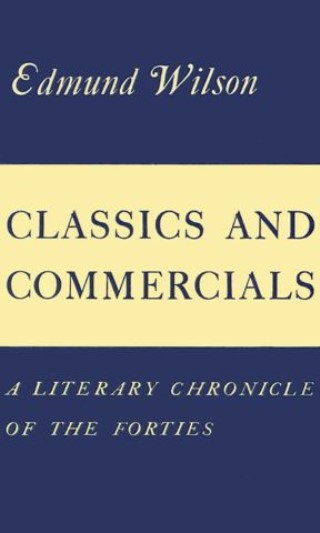 A Literary Chronicle of the Forties

Classics and Commercials: A Literary Chronicle of the Forties showcases Edmund Wilson's critical writings spanning decades and continents. Many of these essays first appeared in the New Yorker.

Here is Wilson on Jane Austen, Thackeray, Edith Wharton, Tolstoy, Swift (the classics) as well as brilliant observations on Poe, H.P Lovecraft, detective stories, and other commercial literature. This wide-ranging study from one of the most influential man of letters demonstrates Wilson's supreme skills as both literary and cultural critic.

Edmund Wilson: Edmund Wilson (1895-1972) was a novelist, memoirist, playwright, journalist, poet, and editor but it is as a literary critic that he is most highly regarded. His more than twenty books include Axel’s Castle, Patriotic Gore, To the Finland Station, and Memoirs of Hecate County.