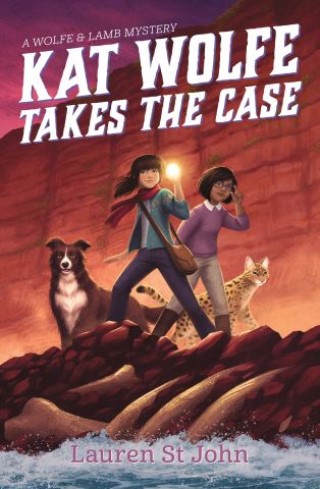 Kat Wolfe, Harper Lamb, and their animal sidekicks are back in a new caper as Lauren St. John's Wolfe and Lamb Mysteries .

A suspicious death coincides with the exciting discovery of the fossilized bones of a 200-million-year-old dinosaur. Kat is on the case, but she's also fending off accusations that one of her pets is attacking local animals, dealing with a difficult and perhaps dangerous relative, and wondering about clues she's discovered about a strange local cult.

Kat Wolfe Takes the Case is another high-stakes adventure perfect for mystery and animal lovers!

Lauren St. John: Lauren St John was born in Rhodesia, now Zimbabwe. After studying journalism in Harare, she relocated to England. She is the author of numerous books including the multi–award-winning White Giraffe children's series, the bestselling One Dollar Horse series, and the Laura Marlin Mysteries.