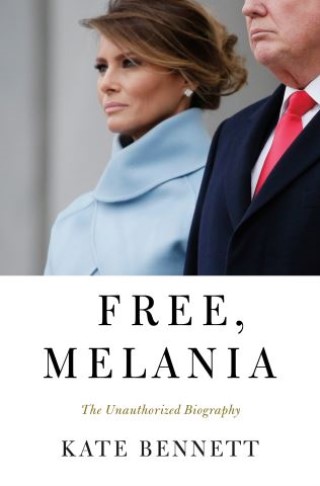 The first behind-the-scenes look at the life of the most enigmatic First Lady in U.S. history

Melania Trump is an enigma. Regardless of your political leanings, she is fascinating—a First Lady who, in many ways, is the most modern and groundbreaking in recent history. A former model whose beauty in person leaves people breathless, a woman whose upbringing in a communist country spurred a relentless drive for stability, both for herself and for her family. A reluctant pillar in a controversial presidential administration who speaks five languages and runs the East Wing like none of her predecessors ever could—underestimate her at your own peril (as a former government official did and was summarily fired). But who is she really?

In Free, Melania we get an insider's look at Melania Trump, from her childhood in Slovenia to her days in the White House, and everything in between. We see the Trump family dynamics that Melania has had to navigate, including her strained relationship with Ivanka. We get a rare glimpse into what goes into her famous and sometimes infamous clothing choices (including perhaps the real message behind Melania’s controversial jacket, “I Really Don’t Care, Do U?”, which she wore while visiting the U.S.-Mexico border), and how a publicly quiet Melania actually speaks very loudly—if you just know where, and how, to listen. And we get a behind-the-scenes look at her often eyebrow-raising relationship with Donald Trump, from their beginnings to becoming the most unusual First Family in modern history.

Looking at Melania in the pantheon of historic First Ladies, Kate Bennett shows just how different Melania Trump is and why she matters. Bennett, an expert on First Ladies, has unparalleled access to Melania’s very small and loyal inner circle. As she shows in this page-turning book, the seemingly most reluctant First Lady is, in many ways, the most compelling and complex First Lady, ever.

Kate Bennett: Kate Bennett, a CNN reporter, is the only journalist in the White House press corps to cover solely First Lady Melania Trump and the Trump family. Bennett has been a lifestyle journalist for almost two decades, chronicling the intersection of people, pop culture, fashion, and politics. She is also the author of the CNN Politics newsletter, “White House Adjacent.” Bennett is a native of Washington and graduate of St. John’s College, where she majored in classics and philosophy, and her work has appeared in Politico, Washingtonian, and Capitol File magazine, where she was editor in chief. She lives in Bethesda, Maryland.