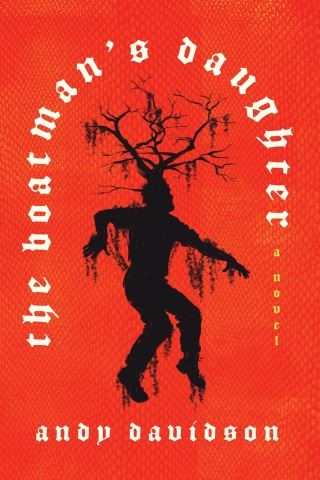 Ever since her father was killed when she was just a child, Miranda Crabtree has kept her head down and her eyes up, ferrying contraband for a mad preacher and his declining band of followers to make ends meet and to protect an old witch and a secret child from harm.

But dark forces are at work in the bayou, both human and supernatural, conspiring to disrupt the rhythms of Miranda’s peculiar and precarious life. And when the preacher makes an unthinkable demand, it sets Miranda on a desperate, dangerous path, forcing her to consider what she is willing to sacrifice to keep her loved ones safe.

With the heady mythmaking of Neil Gaiman and the heartrending pacing of Joe Hill, Andy Davidson spins a thrilling tale of love and duty, of loss and discovery. The Boatman's Daughter is a gorgeous, horrifying novel, a journey into the dark corners of human nature, drawing our worst fears and temptations out into the light.

Andy Davidson: Andy Davidson holds an MFA in fiction from the University of Mississippi. His debut novel, In the Valley of the Sun, was nominated for the 2017 Bram Stoker Award for Superior Achievement in a First Novel, This Is Horror’s Novel of the Year, and the 2018 Edinburgh International Book Festival’s First Book Award. Born and raised in Arkansas, he now makes his home in Georgia with his wife and a bunch of cats.