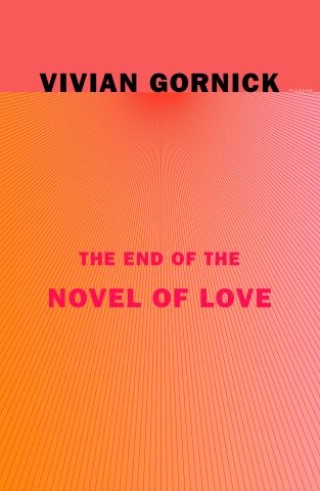 The End of the Novel of Love

A finalist for the National Book Critics Circle Award for Criticism, Vivian Gornick's The End of the Novel of Love explores the meaning of love and marriage as literary themes in the twentieth century.

In The End of the Novel of Love, an acclaimed and provocative collection of criticism, Gornick applies the same intelligence, honesty, and insight that define her memoirs to an analysis of love and marriage as literary themes in the twentieth century. She examines the work and lives of several authors she admires—including Grace Paley, Willa Cather, Jean Rhys, George Meredith, Jane Smiley, Richard Ford, and Andre Dubus—to ultimately posit that love, sexual fulfillment, and marriage are now exhausted as the metaphorical expressions of success and happiness.

Spanning the depths of common experience and the expanse of twentieth century literature, Gornick crafts an argument that is as defined by discourse as it is by the power of her language, which is gracefully poised between objective knowledge and subjective experience. In these eleven essays, she comes to see that, for most writers, like most readers, it is the drama of our angry and frightened selves in the presence of love that is our modern preoccupation. The End of the Novel of Love is a strikingly original and thought-provoking collection from a canonical critic.

Vivian Gornick: Vivian Gornick is the author of several books, including the acclaimed memoir Fierce Attachments, named the best memoir of the past 50 years by the New York Times Book Review in 2019; the essay collections The End of the Novel of Love and The Men in My Life, both of which were nominated for the National Book Critics Circle Award for Criticism; and The Odd Woman and the City, a finalist for the National Book Critics Circle Award for Autobiography. She began her career as a staff writer for The Village Voice in 1969, and her work has since appeared in The New York Times, The Nation, The New York Review of Books, The Atlantic, and many other publications.