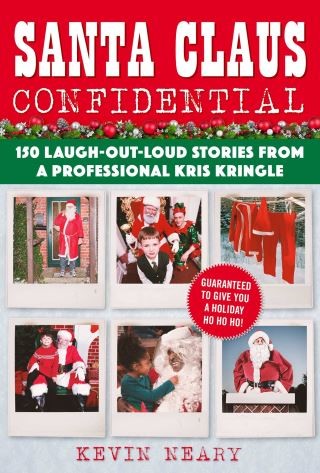 For the past twenty-five years, Kevin Neary has lived a double life. He even went as far as wearing a disguise and altering his appearance. Yes, it is true that during this time, he played the role of Santa Claus for a local department store.

In Santa Claus Confidential, Neary describes his experiences working as Santa and the interactions with the clever children he encountered. Some of the many hilarious topics he discusses include:

The perfect Christmas gift, Neary’s delightful tales are bound to get you feeling the holiday spirit!

Kevin Neary: Kevin Neary has coauthored four trivia books with Dave Smith for the Walt Disney Company as well as two baseball books (Major League Dads: Baseball's Best Players Reflect on the Fathers Who Inspired Them to Love the Game and Closer: Major League Players Reveal the Inside Pitch on Saving the Game) with Leigh A. Tobin. Kevin has also written 715: Reflections of Hammerin' Hank & the Home Run that Made History.