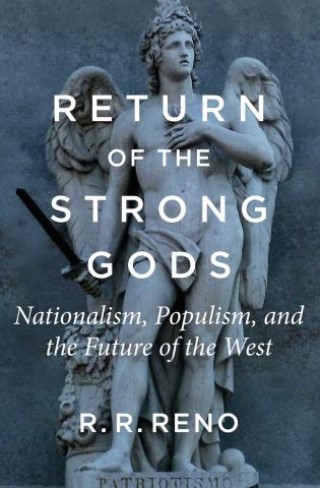 Return of the Strong Gods

Nationalism, Populism, and the Future of the West

"'Return of the Strong Gods,'...is a thoughtful contribution to American political debate. It is incisively written and full of modern observations. Mr. Reno explains, better than any book I can remember, the present-day progressive's paranoid fear of fascism and neurotic determination to ferret out racism where none exists." —The Wall Street Journal

After the staggering slaughter of back-to-back world wars, the West embraced the ideal of the “open society.” The promise: By liberating ourselves from the old attachments to nation, clan, and religion that had fueled centuries of violence, we could build a prosperous world without borders, freed from dogmas and managed by experts.

But the populism and nationalism that are upending politics in America and Europe are a sign that after three generations, the postwar consensus is breaking down. With compelling insight, R. R. Reno argues that we are witnessing the return of the “strong gods”—the powerful loyalties that bind men to their homeland and to one another.

Reacting to the calamitous first half of the twentieth century, our political, cultural, and financial elites promoted open borders, open markets, and open minds. But this never-ending project of openness has hardened into a set of anti-dogmatic dogmas which destroy the social solidarity rooted in family, faith, and nation. While they worry about the return of fascism, our societies are dissolving.

But man will not tolerate social dissolution indefinitely. He longs to be part of a “we”—the fruit of shared loves—which gives his life meaning. The strong gods will return, Reno warns, in one form or another. Our task is to attend to those that, appealing to our reason as well as our hearts, inspire the best of our traditions. Otherwise, we shall invite the darker gods whose return our open society was intended to forestall.

R. R. Reno: R. R. RENO, the editor of First Things, a journal of religion and public life, serves on the board of advisers of the Edmund Burke Foundation, the sponsor or the 2019 National Conservatism Conference. After earning his doctorate in religious studies from Yale, he taught theology at Creighton University for twenty years. His previous books include Genesis: A Theological Commentary, Fighting the Noonday Devil, and Resurrecting the Idea of a Christian Society. He lives with his wife in New York City.