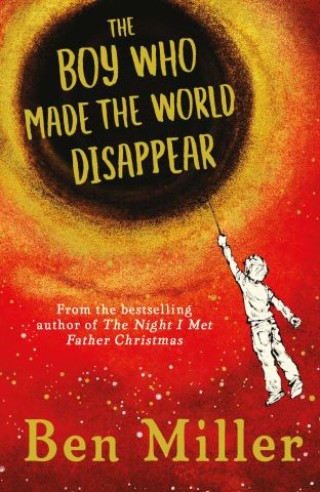 The Boy Who Made the World Disappear

Following the breakout success of his instant festive classic, The Night I Met Father Christmas, get ready for the brilliant new novel from comedian, actor and bestselling author, Ben Miller!
‘Stories are often about a good person who does a Bad Thing, and this is no exception…’

Harrison tries his best to be good. He doesn’t steal, he always shares with his sister and he never cheats at board games, but Harrison also has a BIG flaw … He can't control his temper!

So when he’s given a black hole instead of a balloon at a party, Harrison jumps at the chance to get rid of everything that makes him cross. But when it’s not just things he hates that are disappearing into the black hole but things he loves, too, Harrison starts to realise that sometimes you should be careful what you wish for...

Ben Miller:
Ben Miller is an actor, director, and comedian, best known for writing and starring in The Armstrong and Miller Show and his role as Rowan Atkinson’s sidekick, Bough, in Johnny English Strikes Back.  Other recent big screen roles include What We Did On Our Holiday with Billy Connolly, and the much-loved Paddington 2 with, well, Paddington. On television, he is best known for the crime comedy drama Death In Paradise which has been a big hit worldwide.