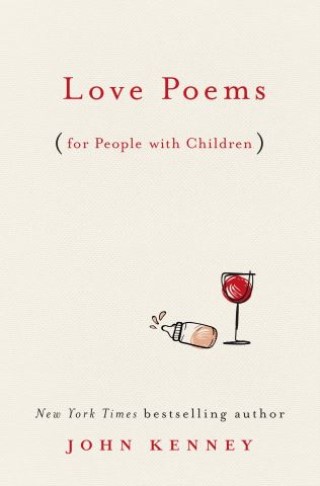 Love Poems for People with Children

In the spirit of his wildly popular New Yorker pieces and the New York Times bestseller Love Poems for Married People, Thurber-prize winner John Kenney presents a hilarious new collection of poetry for people with children.

With the same brilliant wit and hilarious realism that made Love Poems for Married People such a hit, John Kenney is back with a brand new collection of poems, this time taking on the greatest "joy" in life: children. Kenney covers it all, from newborns, toddlers, and sleep deprivation, to the terrible twos, terrible tweens, and terrible teens. A parent's love is unconditional, but sometimes that button can't help but be pushed. Between back to school shopping, summer vacations that never end, the awkwardness of puberty, the inevitable post-college moving back in, and more, a parent's job is never done, whether they like it or not.

John Kenney: John Kenney is the New York Times bestselling author of the humorous poetry collection Love Poems for Married People, and the novels Talk to Me and Truth in Advertising, which won the Thurber Prize for American Humor. He has worked for many years as a copywriter. He has also been a contributor to The New Yorker magazine since 1999. He lives in Brooklyn, New York.